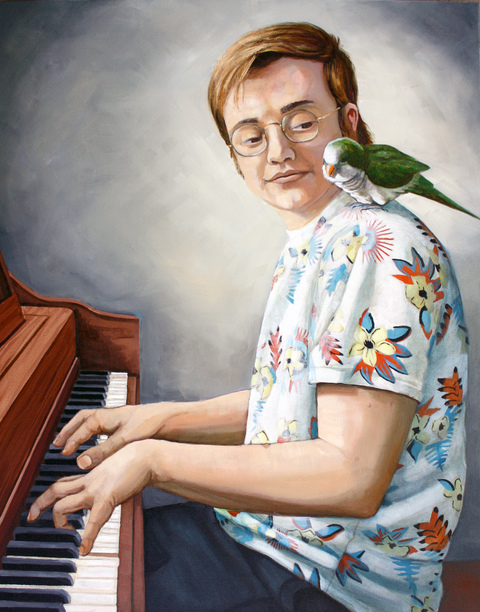 Seth Gregorash is in his early 20s and was diagnosed with Neurofibromatosis (NF1) when he was 6 months old. He was born with a bowed leg, which an x-ray revealed to be caused by Pseudarthrosis; a condition that affects the strength of the bones and their ability to heal. This required him to wear a brace throughout his childhood to protect his tibia from breaking. As he grew, cafe au lait marks began to appear on his body. These “birthmarks” are another symptom associated with NF that helped the doctors confirm the diagnosis.

Seth’s parents were actively involved in learning about NF and helped him grow up to understand the challenges he may face. In 2007, his family helped start a registered charity support group for Manitobans with NF. Throughout his school years Seth had to take many long trips to doctor appointments and for MRIs to monitor the growth of the plexiform tumor in his chest. This caused him to miss many things like friend’s birthday parties, and made it difficult to participate in events like choir and band concerts. At first Seth enjoyed the “limelight” of being a bit of a celebrity for NF, but as he got older he became more overwhelmed with the inconveniences of NF and just wanted to live a normal life like his friends.

Seth is a very kind person who will always go out of his way to help those in need. He enjoys graphic design and web development and has graduated from college in this field. With a natural ear for music he is drawn to anything to do with rhythm and sound. He has been playing piano most of his life, played trumpet in the high school band and enjoys “dabbling” in other instruments like guitar and ukulele.
Oil Portraits NF1 (Worldwide)
Loading...