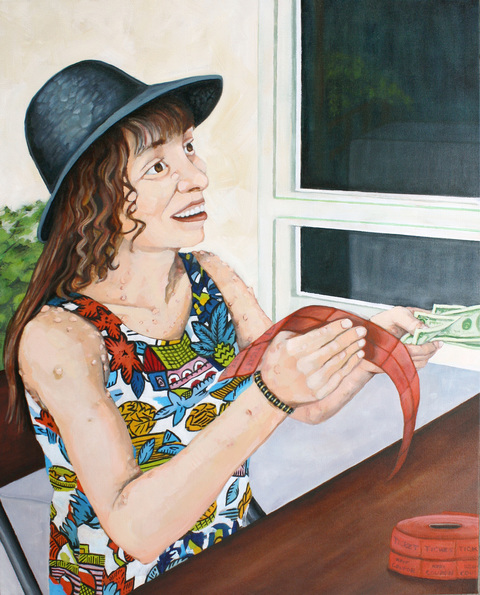 Bea Swafford inherited her NF from her mother whose NF was due to a spontaneous gene mutation. She died at only 40 years of age leaving six children under the age of 10, two of whom had NF. Her death was due to NF complications. Bea had many tumors in her left thigh and a bowed tibia. In the beginning, the doctors just wanted to amputate her entire leg but the wrath of her new step mom was greater than their limited knowledge. Bea wore an ankle brace until they could find a way to fix her bowing leg. She was 8 years old. April 11, 1972 was the big day and she was in the hospital until the end of May. In 1972, Bea had the mass of tumors removed from her thigh. Shortly after Christmas of 1973 Bea had a second tibia fix. In between all the surgeries and numerous doctor visits, Bea was an ‘average’ child with good grades, busy in her church. She made it through high school with only one surgery which was to remove a mass of tumors on her ovary and abdominal cavities. After graduation, Bea started working at a steak house where she met her future husband, Phillip. They have been married for over 30 years and have an adult son (who does not have NF) Nolan. In 1994, Bea had a C-spine surgery due to her NF. It nearly paralyzed her.

In May 2021, Bea had her second C-spine surgery. Bea is very active on social media and tries to share various NF postings from different NF charities. On the day I finished Bea’s portrait, she passed away due to NF complications. She had gone in to have some tumors removed from her lungs when the lungs collapsed. She was intubated and put into hospice and died the following day.
NF1 Memorials
Loading...