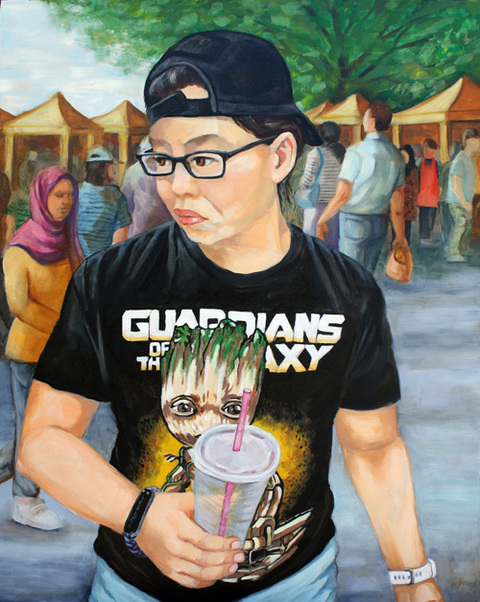 Ameliana Meahan Yap was born in sunny Singapore. She is the first person in her family to be diagnosed with NF2 at the age of 18. During her adolescent years, she had undergone several minor operations to remove external growths on her back, neck and eyelid. Back then, they did not link it to NF2. They also found out, due to a poor eye test, that her left retina has a scaring which was initially misdiagnose as a lazy eye until a second opinion was conducted. Apart from the scaring, she had a floating eye and underwent surgery to correct it.

At 18, she started to experience a sudden ear block on her left ear which she had thought was due to swimming. It did not subside for months and she also started to experience severe headaches. Upon undergoing an MRI, it was revealed that she had a large growth on her auditory nerve which cause the blockage and hearing loss. She also had another on her right auditory nerve and several others in her brain. It was then they looked again at her medical history and concluded she had NF2.

She underwent a radiosurgery instead of an operation for her left growth as it was large and growing very near to the brainstem. They wanted to leave the right growth alone to save her hearing. Unfortunately, months later she would lose it overnight and eventually become completely deaf. Later, it was confirmed she had more tumors along the spine. They were left untouched but monitored since there were no issues then.

Being with other deaf individuals, she learned how to adapt better into the silent world and became more positive. During the same time, she was offered a job as a Junior Operation Executive at a translation company. The job role boosted her confidence and self-esteem as she was given an equal opportunity and treated the same way as hearing individuals. After 5 years went on to an international company.

Amy believes that with NF2, every moment is very precious and therefore we should seize each and every single day.
NF2 Memorials
Loading...