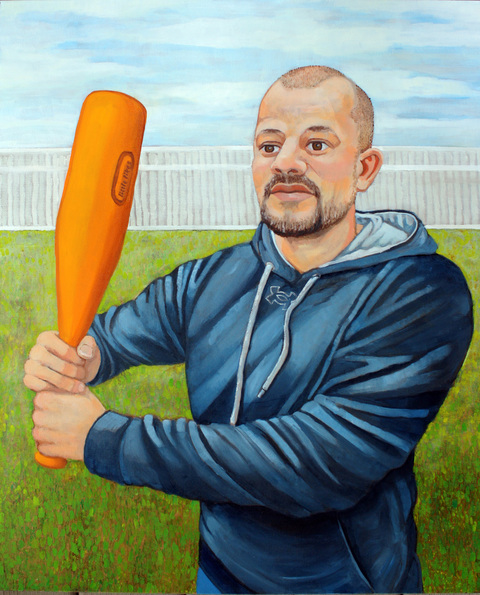 Paul Patterson wasn’t diagnosed with NF2 until he was 33 years old. Paul and his wife, Jessie, started dating in college. While in college, Jessie changed majors to the field of audiology. In graduate school, Jessie was running research subjects and diagnosed Paul’s bilateral vestibular loss. Later Jessie started to notice hearing difficulty, which to her surprise revealed some significant hearing loss in both ears. One year later, while participating in a hearing research study Paul found out that the hearing loss in the right ear changed significantly. He had an MRI, which revealed bilateral vestibular schwannomas, with the growth on the right being significantly larger than the left. He was referred to the University of Iowa for management of the NF2. Two months after his diagnosis; and given the size of the schwannoma and a growth they found on his spine, surgery was recommended. One month later, he had a tumor resection from the right 8th cranial nerve and just five days later they removed the calcified myngioma on T7. Paul was also able to recover at home with Jessie and daughter, Alexa before the arrival of their baby boy, Miles. Paul started receiving Avastin treatments in addition to having an Auditory Brainstem Implant (ABI) placed at the time of the tumor resection.

Since his surgeries, Paul deals with daily pain and wears an AFO to help with the drop foot, but combined with his bilateral vestibular loss, he has a difficult time with his balance. Paul values his family more than anything. Genetic testing also revealed that both Alexa and Miles have the same genetic mutation. Paul and Jessie know that God has a bigger plan for them and they are organizing the first #NFStrong walk in Omaha, NE to help raise funds to support NF research.
Paintings
Loading...