RACHEL MINDRUP
RACHEL MINDRUP
Many Faces of Neurofibromatosis (NF) > Neurofibromatosis (NF1) Portraits > Oil Portraits NF1 (United States)
These documentary styled paintings are all done with the assistance of those portrayed coordinating their own photo shoots and celebrating their vocations or hobbies. Together we work on how the portrait should be handled. Each participant writes his or her own biography and ends it with a positive note for all of us to ponder and live by!  Please view the entire collection at: http://www.facebook.com/ManyFacesNF 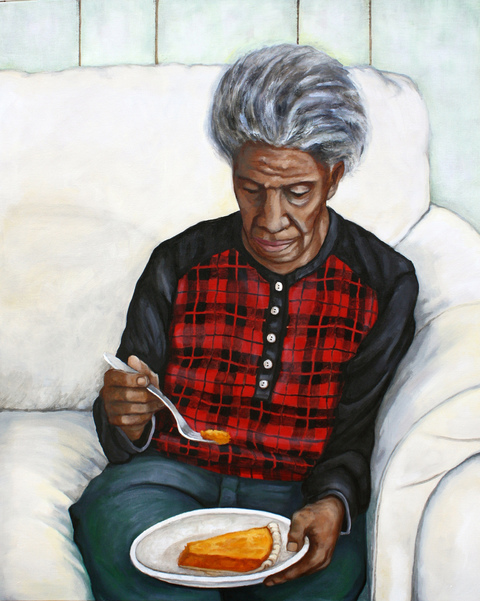 Dorothy has two daughters and four sons, two of the sons have sadly already passed away. Along with everyone else, Dorothy enjoys her son's baking prowess and Reggie enjoys baking her favorite deserts which include both carrot cake and sweet potato pie to name a few. Reggie likes to save the first slice of pie or cake for his mother to enjoy.

Currently she and Reggie live together in Houston, Texas and enjoy having the family all come over and visit.
Oil Portraits NF1 (United States)
Loading...