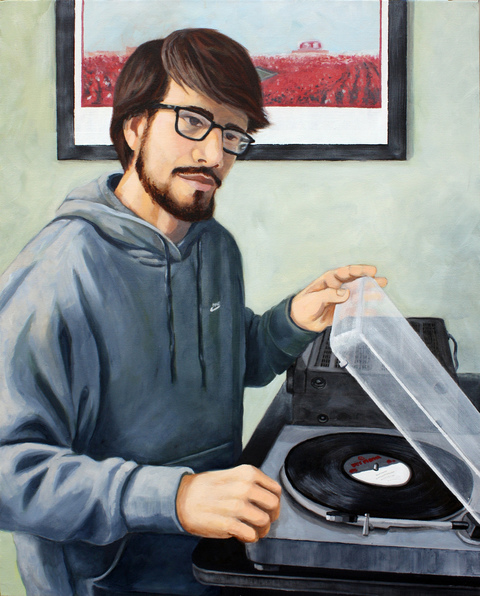 John was born June 1997 in Lincoln, Nebraska and is the oldest of four. He was diagnosed with NF1 when he was 5 years old and is the first in his family to have neurofibromatosis. At the age of 8 he experienced severe nerve pain on one side of his face. This led his doctors to discover a tumor on his brain stem. It was not a fast growing tumor, but it was a tumor in a very critical area. His life then changed to anything but “normal”.

John’s new reality was days spent at the hospital, at doctor offices, blood draws, MRI’s, and dealing with intense nerve pain. It then progressed to several brain surgeries, years of chemotherapy, more MRI’s, countless needle pokes, feeling sick and participating in research. He missed out on a lot, including school and school functions, birthday parties, and playing sports. He did not complain, and pushed through everything with a great attitude and perseverance. He was strong, brave and amazing. This tumor cannot be removed. If it starts to grow he will need further treatment.

NF has taken a lot away from John, but it also provided some amazing experiences. He has attended NF camp in Utah, and met other NF heroes from around the world. He has participated in fundraising and awareness events at the Daytona International Speedway and the Lincoln Marathon. He was chosen to go on a Circle of Friends trip to Wisconsin and Florida with several NFL players and other kids who were on chemotherapy. These trips were sponsored by former Husker Grant Wistrom, Jared Tomich and other NFL players. John went on a Make-a-Wish trip and chose to go to Legoland in California. He was active in Boy Scouts and earned the rank of Eagle Scout when he was 16. John is close to receiving a Bachelor’s Degree in Business Administration and works full time at Super Target. He loves listening to music, going to concerts, traveling, and spending time with his dogs and family.
Paintings
Loading...