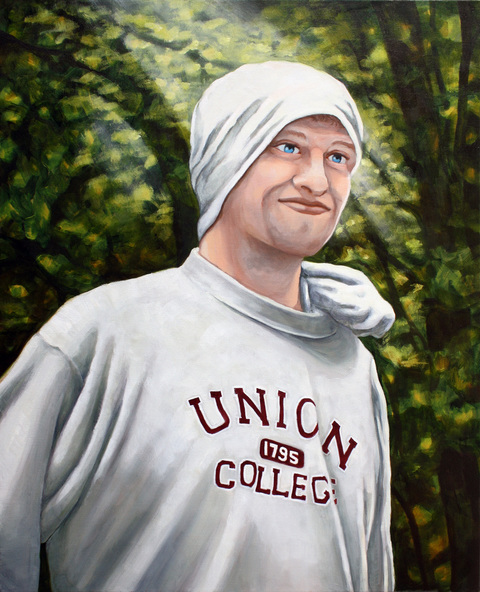 Tommy was diagnosed with NF when he was just six months old due to café au lait spots. Tommy's head was slightly larger than most due to a dormant tumor in it. When Tommy hit puberty, his NF kicked into high gear with visual lumps on some spots of his skin, as well as inside his chest cavity. As Tommy struggled with growth from boy to man, he also battled with his peers noticing that he was different in speed, education, and motor function skills. He smiled it off, because “that was the way.” He had the backing of his High School Basketball team during his senior year and made a basket during a game which had the whole crowed cheering and standing.

After high school, Tommy struggled with learning how to drive so he walked everywhere. Around this time, one of the tumors on his lung caused a bleed that resulted in the removal of part of his lung. He then suffered the same bleed on the opposite side, but this time the result was it stopped without having to remove part of that lung. Despite his medical struggles, Tommy met the love of his life, Tiffany, and they were married. They were blessed with two children, a boy and a girl, who were fortunately not born with NF. Tommy knew he could collect money from the state for his medical issues but chose to work and provide for his family as a cart pusher all while walking to work each day.

In his 30’s Tommy NF progressed to a point where the tumors wrapped around the organ that so many loved, his heart. Tommy started to struggle more with work and daily tasks. In an effort to slow the growth of the tumor wrapping around his aorta, he received a drug to slow the growth. Unfortunately, the treatment was cut short as he lost his battle to NF two months later at the age of 32. Until the end, Tommy continued to work, be a great father to his kids, a doting husband, and a shining beacon to all that witnessed his drive and smile. Tommy’s motivation to live life to the fullest is a reminder to all that met him, because “that is the way.”
NF1 Memorials
Loading...